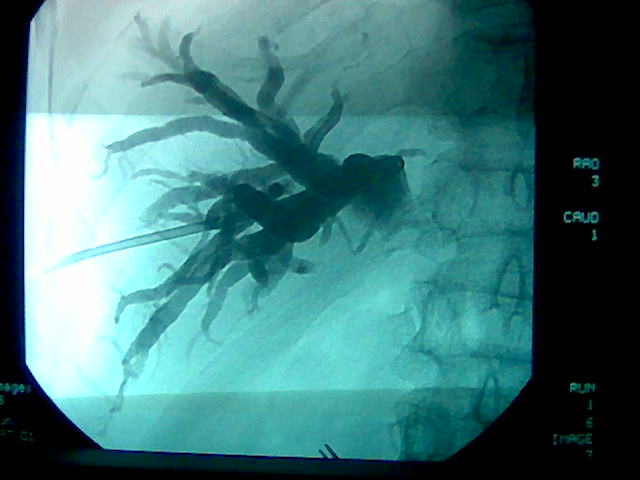 Abstract
This study aimed to evaluate the experience of surgical management of 156 patients with tumors of proximal parts of bile ducts. Palliative surgical interventions were performed in 125 patients. Recanalization of the tumor with external drainage of bile ducts was performed in the 61 cases. Palliative resection of billiary ducts and biliodigestive anastomosis formation was performed in 17 patients. Transcutaneous transhepatic cholangiostomy (TTCS) as a final method of treatment was performed in 33 case, and in the 14 cases we have carried out endoprosthesis placement in the stricture caused by tumor through TTCS. The radical and conditional-radical surgical interventions were performed in the 31 patients. The 19 patients have undergone the cholecystectomy, resection of hepaticocholedoch with the tumor and placement of hepatojejunoanastomosis, and in 12 cases were performed resection of hepaticocholedoch with liver resection, placement of hepaticcojejunoanastomosis. Postoperative mortality constituted 10.2%. We studied long-term results of surgical treatment of TPBD. The recurrences of disease were noted at follow-up period from 5 months to 5 years. After operation having relatively-radical character, recurrence occurred in the period from 5 months to 12 months after radical operations – from one year to 5 years. Survival was calculated with method of multiplicand evaluations of Kaplan-Meier. Survival after radical surgeries was achieved 1 years in 94% of patients, 2 years – 82%, 3 years – 45%, 4 years – 15% and 5 years – 12%. At I and II types of tumor by Bismuth-Corlette at the I-II stages of the cancer of proximal bile ducts it would be rationally to perform radical surgical treatment with preliminary decompression of the intrahepatic bile ducts.
Keywords: Klatskin tumor, Mechanical jaundice, Transcutaneous transhepatic endobiliary intervention, Radical surgical interventions 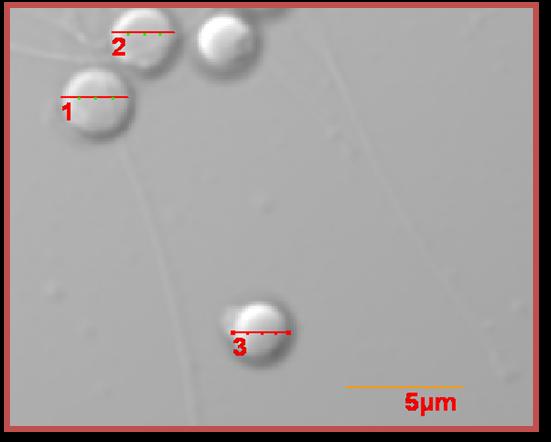 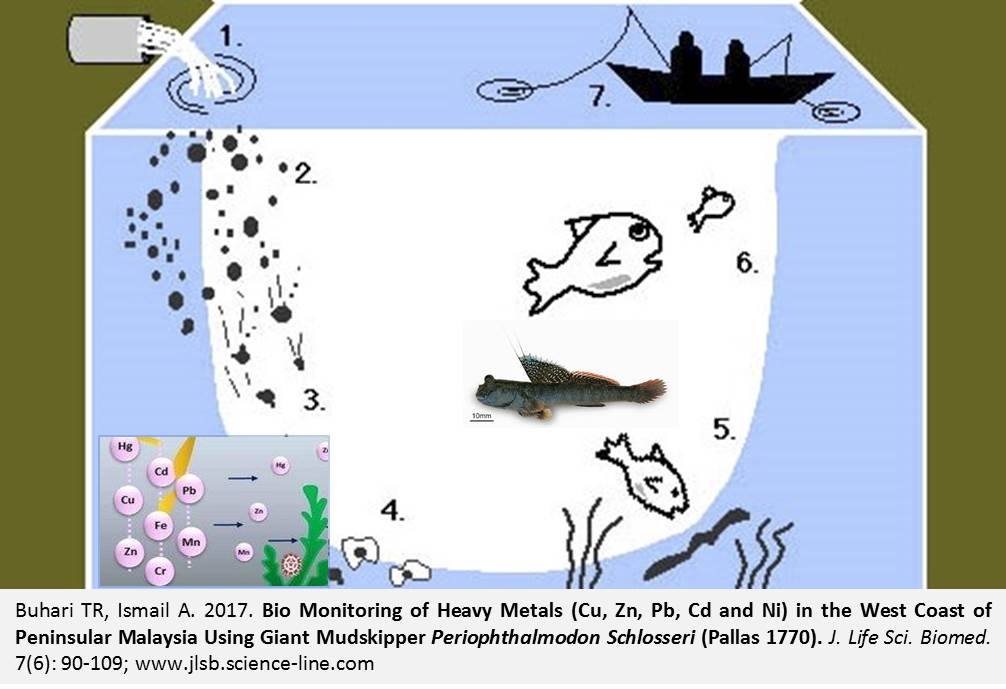 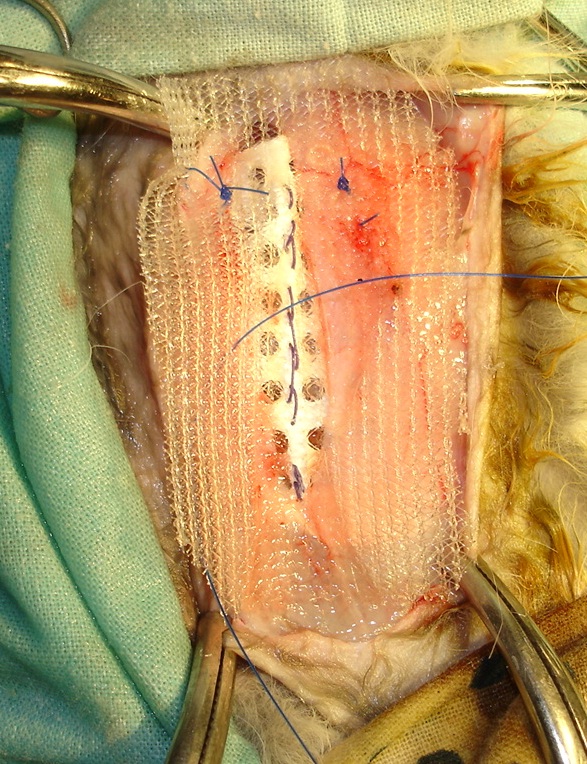 Abstract
In order to reduce the frequency of adhesions which are accompanying hernial repair procedure, various types of combined prostheses are offered. At the same time many researchers are still searching for a more profitable combination of synthetic materials. Experimental studies were performed on 8 rabbits. Animal weight was varying from 2.2 to 3 kg. General endotracheal anesthesia was performed. We developed a two-component prosthesis model consisting of two layers, firs layer (lower) was a polytetrafluoroethylene (PTFE) and was placed in the abdominal cavity and the second (upper) was a prolene layer and located above the muscular aponeurosis of the anterior abdominal wall. The absence of adhesions of the visceral peritoneum after establishing PTFE prosthesis was determined by a macroscopic method. On the 10th day, the formation of a thin capsule covering the lower prosthesis was visually observed. Morphological studies have shown that the use of a two-component prosthesis does not affect the course of the wound regeneration process and the wound healing time, the upper polypropylene film is integrated with the surrounding tissues and neovascularization is observed already by the 14th day.
Keywords: Ventral hernia, Synthetic PTFE prosthesis, Two-component mesh for ventral hernia repair, Intraperitoneal prosthesis, Intra-abdominal prosthesis adhesions.